Selma to Montgomery March at the Edmund Pettus Bridge 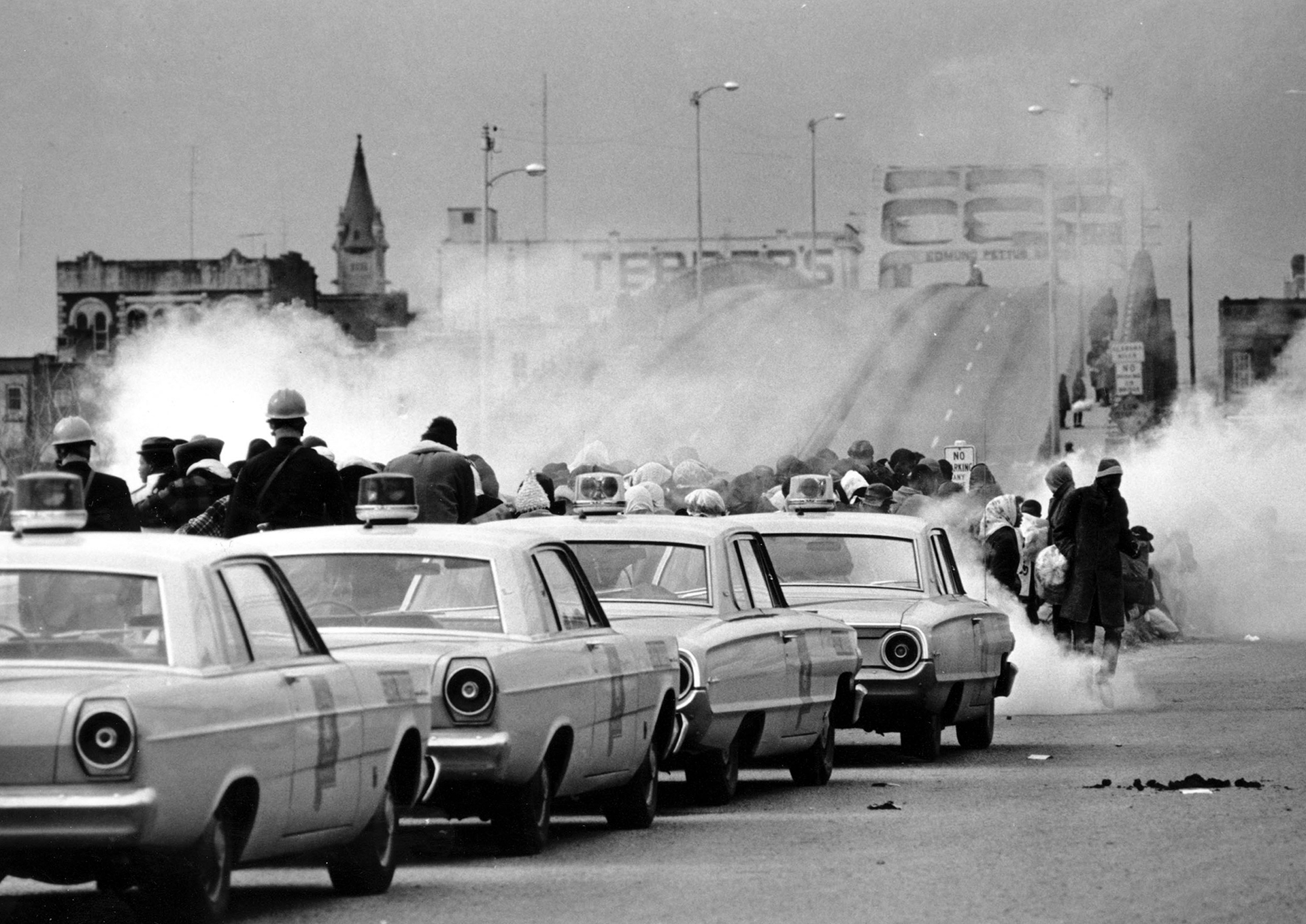 Tear gas fumes fill the air as state troopers, ordered by Governor George Wallace, break up a demonstration march in Selma, Alabama, on March 7, 1965, a date that is known as "Bloody Sunday." As several hundred marchers crossed the Edmund Pettus Bridge to begin their protest march to Montgomery, state troopers violently assaulted the crowd with clubs and whips. A shocked nation watched the police brutality on television and demanded that Washington intervene and protect voting rights for blacks.

Before watching any streaming video resource from Valencia College Libraries, you must be logged into your Atlas Account.  This will ensure that you can search the access the library resources.