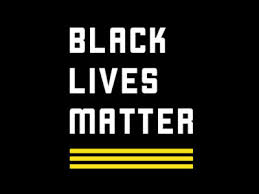 During the Civil Rights Movement and marches, there was no social media to monitor or to share the acts of such brutality by the police, white citizens, the Klu Klux Klan, and other hate groups towards Black people. From 1965 to 2020, what has really changed in terms of police brutality and unjust killings of Black people?  Two things have  happened in the last two decades:  Social Media and Smart Phones.  Due this technology, it is now possible to capture brutal acts on video and blast it out via social media.

We can not begin to recount every single Black life that has taken in such a brutal way nor can it be further concealed.  It took eight minutes and 46 seconds for one Minneapolis police officer to kneel on the neck of a compliant Black man, George Floyd, 46 on May 25, 2020. All of America and the world watched as the officer refused to lift his knee even as Floyd pleaded in a breathless and rasping voice, "I can't breathe."   We watched helplessly as passersby pleaded with the officer to take his knee off the neck of the pleading man and watch his very life be extinguished.  Murdered.  One bystander recorded the incident and streamed it on Facebook.

People took to the streets the within the next 24 hours.  What began in Minneapolis, soon became not only a nationwide protect, but also a world-wide protest.  The call came to have all involved officers arrested and charged in the killing of George Floyd.  With in a few days, some of the peaceful protest turned into the looting of area businesses, with one man being shot and killed in Minneapolis.  By May 28th, the city's 3rd Precinct was evacuated and destroyed.  The National Guard was activated and deployed.  By May 29, 2020, the destruction and cries escalated.  Governor Tim Walz invoked mandatories for Minneapolis and St. Paul.

No one could have predicted what would unfold for months to come.   On the Black Lives Matter website, it is written, "Rest in Power, Beautiful: George Floyd couldn't breathe.  We can't either.  We live in fear.  Fear of walking outside.  Wearing a hoodie.  Going for a jog.  Sleeping in our own home.  Existing.  Every day, a new hashtag.  Every hour, a new injustice..."

The Black Lives Matter Movement began in 2013 after the acquittal of Trayvon Martin's killer, George Zimmerman in Seminole County, Florida.  Black Lives Matter Global Network Foundation, Inc. is a global organization in the US, UK, and Canada, whose mission is to eradicate white supremacy and build local power to intervene in violence inflicted on Black communities by the state and vigilantes. By combating and countering acts of violence, creating space for Black imagination and innovation, and centering Black joy, we are winning immediate improvements in our lives.