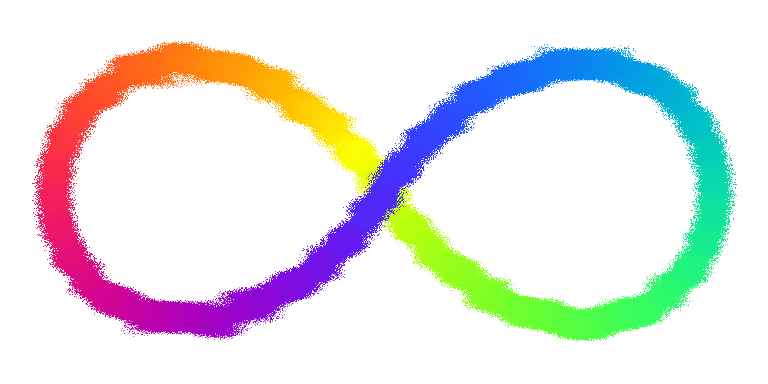 Neurodiversity is a term coined by Australian sociologist Judy Sanger in the 1990s. It refers to the idea that variations in brain types are a naturally occurring phenomenon, and that variety in brain types is a strength that should be valued. Thus, neurodivergent people, i.e. those with less usual types of brains, should be valued for their strengths and not seen solely through the lens of disability, simply because they may communicate or behave differently than neurotypical people, those with more typical brain types. This is considered the social model of disability (as opposed to the medical model, which emphasizes deficits) in which "disability" arises at least partly from societal attitudes and actions. For instance, it is not inherently a disability to be sensitive to sensory stimuli like perfumes, bright lights, and mechanical humming sounds. Sensitivity to sensory sensations can be a strength. It becomes a disability when public environments are set up without regard to overstimulation.

At the same time, the neurodiversity movement recognizes that many of its members have disabilities from their brain type and/or from co-morbid conditions and deserve support and accommodations for these disabilities. Support options are limited for children and virtually non-existent for adults.