To access all of our databases, log into your Atlas account and click the "Search the Library" link in the right column on the "Courses" tab. Once the library catalog opens, you will see the "Databases A-Z" Link in the top center of the page, above the search box. Then find the database you want in the alphabetical list, and connect. Click the icon below to access the Atlas login page.

Need help with research or library resources? Get help from Valencia College librarians at Ask-a-Librarian.

Get help from Valencia College librarians and librarians from around the state of Florida.

During the Fall 2020 term, students can chat live online or text a Valencia College librarian during the hours of

During off hours, students can send an e-mail that librarians will retrieve when the virtual desk reopens.

Ask a Librarian is a statewide service. In addition to the Valencia College hours, librarians from other libraries throughout Florida are available to chat live with students until midnight, Sunday through Thursday.

World History: Ancient and Medieval Eras is also helpful for discovering what life was like in ancient Rome. Some of the entries are focused on historical events from the time period, and many mention how those historical events affected daily life.

Daily Life Through History is a useful resource that explores ordinary life through time and across the globe. It can be used for researching historical topics such as food and cooking, celebrations, clothes, romance, work, religion, housing, language, and social customs. 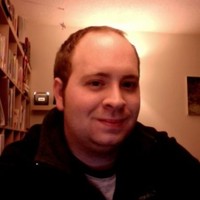